Watch grand finale of Living on the Edge season 2 by Waqar Zaka this thursday 10th Feb 2011 at 8 Pm on Ary Musik & ApniISP.Com

:: Living on the Edge Season 2 Grand Finale Performance of Zain ::

Watch 15th Episode of Living on the Edge Season 2 on ApniISP only! 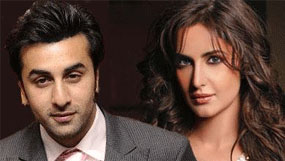 Ranbir escaped being caught at Katrina’s house; as he left just before the IT officials came knocking
PS: Just goes to show… Timing is everything

While Shahid Kapoor was found in Priyanka Chopra’s flat the morning of the IT raids (January 24), Ranbir Kapoor escaped being caught at girlfriend Katrina Kaif’s flat, as he left a couple of hours before the IT officials arrived.

Says a source in Bandra, “Apparently, Ranbir and Katrina have been meeting almost every night at her place after he finishes his workouts at a gym nearby.

That night too (the night before the raids on January 23), RK came over a little after 10 pm and spent some time with her.”

According to the Bandra source, the Kapoor lad was with Kat till 4 am in the morning. “He has been out of town for almost two months so the couple caught up on lost time.

They were together till the wee hours of the morning when finally Ranbir left, as he wanted to go home and freshen up. The IT officials came to Kat’s home at around 6 am.”

The source feels that Ranbir is lucky to have left earlier or he too would have been caught with Katrina like Shahid was with Priyanka when the IT officials arrived.

“He escaped by the skin of his teeth and it’s what RK has been telling close friends and family.”

However, the source adds that in the last couple of few weeks, Kapoor and Kaif have become more open in their feelings towards each other.

“They were spotted at a suburban restaurant today and appeared quite comfortable to be seen in each other’s company. They feel it’s time to come clean about their relationship and don’t mind being spotted together.”

Watch 14th Episode of Living on the Edge Season 2 on ApniISP only!

The wait is finally over and the second album of Call Band “Dhoom” is finally released along with the video of Main Aisa Hi Hon, Most of the songs in the new album like Dhoom, Main Aisa Hi Hoon & Teri Haar Hum are pure rock songs, so you can buy the album from the music stores near you now !!

Watch Veena Malik with Kamran Shahid in Front Line on Express News, Answering all the people of Pakistan about what she did with Ashmit Patel in season 4 of Big Boss and also fighting for justice.