Could it be spiced up anymore?

No, this is not about a celebrity couple or a reality show. It is about the serial that has become the biggest ever show in the history of Pakistani Television Industry. Yes, we are talking about ARY Digital’s Meray Pass Tum Ho. 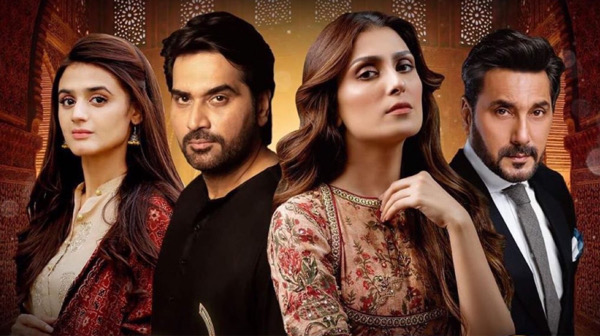 This show has kept us on toes since the first episode, from the huge star cast to an enchanting story line, to dialogues that can never be forgotten and original sound track which will always be a classic. Towards the end of the show, people had already started discussing the climax. Most of whom are expecting a sad ending like Sadqay Tumhare and Pyaare Afzal, while there are still people who believe in happy endings.

To spice up all these debates, the authorities delayed the final episode for a week and decided to broadcast it on the big screens in cinemas all over Pakistan also. However, the whole cast, including Humayun Saeed, Adnan Siddiqui, Ayeza Khan, Hira Mani, Furqan Qureshi, little Shees, and the writer Khalil Ur Rehman Qamar had a show with Ahmed Ali Butt, to discuss the progress and individual experiences. Moreover, entertainment bloggers were invited to this telecast.

The finale of Meray Pass Tum Ho will be aired on our big and home screens on Saturday, 25th January. And the sources revealed that the leading man, Humayun Saeed told media that three different climaxes have been recorded for the last episode. However the team has not yet decided which one will be aired.

Well, as much as we all are waiting for a well deserved ending, we also have a soft corner for Mehwish. And so the excitement and anxiety is building up every day. What do you think should be the end of this super hit drama?