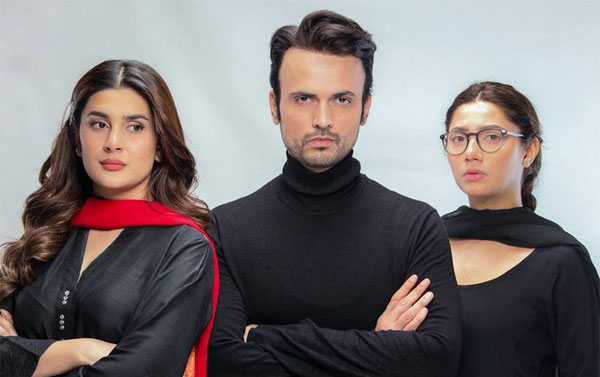 Hum Kahan Ke Sachay Thay is a suspense drama based on the novel with same title. It's a great treat for the fans of Superstar Mahira Khan as they are watching her back on silver screen after a long period of 6 years.

Mehreen could be a disturbed and clashed child frequented by the past activities of her guardians whereas Mashal is vivacious, carefree and considers everything rotates around her.

Their cousin Aswad is a nice looking guy who is caught between the clash of egos of these two young ladies.