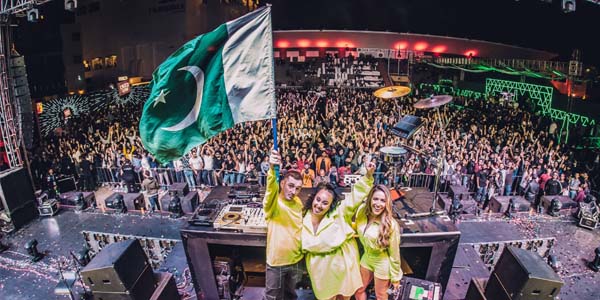 Mountain Dew is back with yet another cool event. We witnessed the biggest EDM Music festival – Mountain Dew Solis which took place at Moin Khan Academy in Karachi on 16th November. We have seen multiple Dew events that have taken over Pakistan in 2019 including Mountain Dew Solis, Dew Moto Extreme and more.

For all those who were unfortunate enough to miss an event of this magnitude, Mountain Dew Solis promised so much more than just great beats. It was a complete audio and visual experience, one that was nothing short of epic. As always, the crowd was in huge numbers. We practically saw all celebrities and influencers dancing to the beats of internationally renowned EDM musicians including the likes of Clean Bandit, FDVM, Kill The Buzz, OceansVSOrientals and Soul Potion. This was also the first time Clean Bandit performed in Pakistan. Mountain Dew as always stayed true to supporting the Pakistani music industry by including our local DJs including Turhan James, Hussain Dossa, Maleo and Neha. 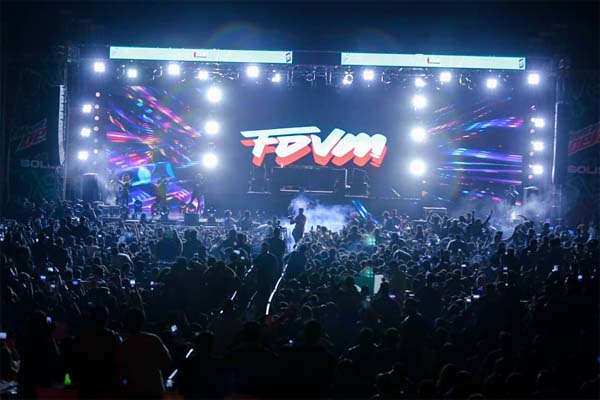 Mountain Dew Solis has not just introduced the festival culture to Pakistan but in the process, it has helped various industries in multiple ways. The Pakistani public who is already exposed to international festivals like Coachella, SXSW, Tomorrow Land and more, usually flies out to experience such events. Mountain Dew brought that same caliber of festivals to the Pakistani crowd. Hopefully in the near future, an event like this will also help build up fashion and other industries of Pakistan as well. It was great to see a brand as big as Mountain Dew support Pakistan’s passionate youngsters whether it be through Mountain Dew Solis, Dew Moto Extreme or more.

We understand that security is always a concern not just for local festivals but international ones too. It was great to see extra measures being taken by the brand. The venue was divided such that the crowd did not get overwhelming at any point and thus made sure that everyone thoroughly enjoyed themselves without having to worry about security at all. The event was so successful, the Pakistani public has already been waiting for the next Mountain Dew Solis event. A big shout-out to the Dew team for always introducing something new with every new event they host.